Owners dream of operating a “comfortable hotel” began to be realized in 1998 when he met the like minded architect Nakayama Makoto and together they stayed in various hotels all over the country, learning and planning together over several years. Through modeling and drawing they experimented with bold and risky designs, sometimes having to abandon their ideas completely but never giving up until they hit upon the right model. As a result the hotel’s construction didn’t begin until 2001 and even during construction the location of windows and materials were modified repeatedly. In 2002, the hotel was officially opened.

In 2012, we ushered in the 10th anniversary of the hotel, becoming a representative of the small- and medium-sized hotels in Hokkaido. From 2013, we will take the first step s to realize a dream that has as yet not been achieved in the past 10 years.

The modeling here gives an image of how the Kura (Japanese traditional warehouses) were connected. Through the image of the brook of Asarigawa and the landscape to the surrounding villages, the leisure life of the Japanese is fully shown. 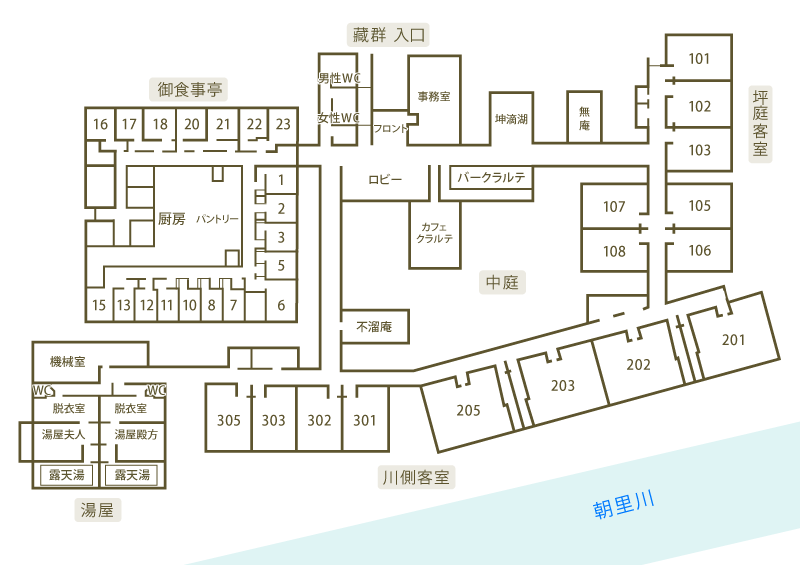 ※The customer reviews for Kuramure are owned & provided by TripAdvisor